Wow! The recent hacking and subsequent leak of Ashley Madison’s members’ private information is quite a topic that brings up sadness, fascination and disgust. For those of you who don’t know, Ashley Madison is a dating website, similar to Match.com or OkCupid with the big difference being that they cater to people in relationships and marriages! Their slogan is “life is short, have an affair”.

They emphasize anonymity and promote secrecy.

Is this promoting immorality and base behavior? IMHO, yes, but it is important that we do not jump to demonizing the participants.

Everyone has their “demons” some appearing more innocent than others, so I urge you to not cast stones. The fact that there are over 39,000,000 members tells me that this is a social issue that needs to be understood on a deeper level.

As a licensed Marriage and Family Therapist who deals with relationships on a daily basis, the first thing. I’d like to say is that if you are someone whose information was leaked. Or if your partner is someone who was engaging in this… I want to offer compassion to BOTH of you. Of course, if you were cheated on you are likely going to be devastated, maybe even traumatized (get EMDR right away! ).

I also want to offer the opinion that the “cheater” deserves compassion too.

Ultimately it was self-rejection and a misaligned, misunderstand concept of themselves that led them to do that… This is not to make excuses, it doesn’t make it right but it can create understanding. And can be the beginning of getting past the affair, whether you decide to stay together or split. For those of you who were cheated on ( Infidelity )…

Please know, your partner didn’t do it to you or because of you, it’s not because of their lack of love or your deserving of love, they did it BECAUSE OF THEMSELVES. And their lack of self-awareness / self-acceptance.

On the surface it is easy to look at a betrayal and cheating, and think of the offender as horrible, cold or mean, selfish. That is your ego, if you can release your ego. And the idea that is was a personal attack ( Infidelity ). Or had anything to do with you at all, you will be more able to see what I know as a professional relationship and love therapist.

The root cause is really a subtle, insidious, usually unconscious, self-rejection.

What’s more, is that most people have NO IDEA they are rejecting parts of themselves. Because this happens on such a deep level of the unconscious. Just as we can misinterpret thirst . And think instead that we are hungry or tired…

we can similarly misinterpret self-rejection. Not knowing what it is, it just can leave you feeling off, unsettled, no inner peace. This in turn results in compulsive, obsessive, destructive behavior, including mental illness, physical illness. (I’d like to run a study one day), addiction, and in our case in point deception, secrecy, lying and cheating.

A major contributor to this subtle self-rejection is a rejection of emotions.

Most of us have been told that emotions are not ok… not acceptable. How many of you can recall being told, “don’t be a cry baby”, “don’t be a girl”, blah blah blah!

These are messages we get as children and carry through our lives that emotions are not ok. So instead we start to bury them, label them as wrong and often don’t even know that there is an emotion – this is especially true for men. I’m not surprised that Wikipedia quotes that some 70% of the Ashley Madison ( Infidelity ) members are men.

When you’re not communicating or able to create a relationship that feels good, all you want to do is get out. This will manifest inwardly for some – depression, anxiety, physical illness, etc. and outwardly for others – anger, violence, cheating, lying, betrayal, etc. ( Infidelity )

Therapy for Love, From Love 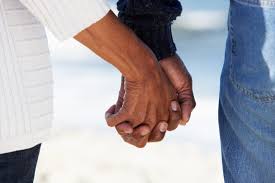 More than Communication, it is the Connection that Keeps a Relationship Strong